Politically-Oriented Scientific Research on the Body, Mind and Soul - Disbelief Is Also Superstition 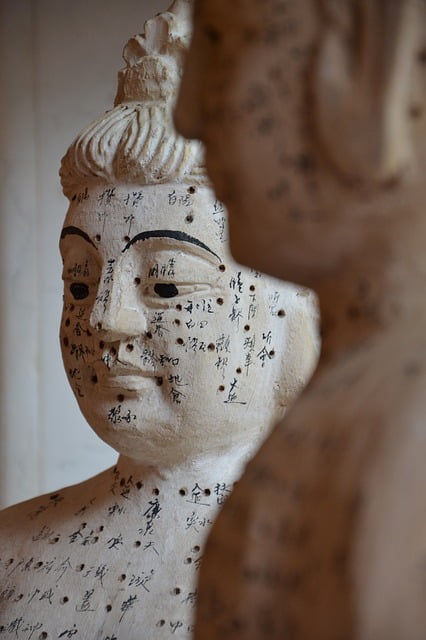 After 30 years of research on Qigong and the superpowers of the human body, some like-minded people in the fields of medicine, physics, and sports have gradually participated in the research, but everyone is still occasionally attacked by the mainstream scientific community. This situation is very uncomfortable. However, looking back at the history of these traditional folk customs including the development of Chinese medicine in the past 50 years, I have to lament that the development of such fields as body, mind, and soul has to be led by politics instead of being spontaneously produced by the academic community. This also shows that the development of modern science has moved towards the opposite of spiritually, falling into a self-righteous maze that nothing exists in where there is no scientific evidence.

2. The difficult development of Chinese medicine

In the case of Chinese medicine, the Chinese Academy of Medicine was established thanks to the support of Mr. Chen Lifu. He managed to maintain Chinese medicine in academia. However, it is difficult to have a voice in the medical field dominated by Western medicine. In 1974, US President Nixon visited China and witnessed a patient talking to the doctor during an operation, which demonstrated the power of anesthesia done through acupuncture. A media editor of the delegation happened to have appendicitis and was cured by acupuncture in the affected area. After returning to the US, the National Institutes of Health immediately allocated a large amount of funds to support acupuncture research, making acupuncture well-known all over the world. Thirty years later, acupuncture has become an item that can be covered by formal medical insurance in most US states. One eye-opening event and political leadership brought acupuncture in Chinese medicine to the world as the orthodoxy of science.

Twenty-four years after Nixon visited China, the NTU College of Medicine officially introduced acupuncture to the medical system in 1998. How about other systems of Chinese medicine? Chang Gung University set up the Department of Traditional Chinese Medicine in the School of Medicine in 1998. The reason for its establishment is simple: Chairman Wang Yung-ching believed in Qigong and traditional Chinese medicine, and he was an avid practitioner of Qigong. With his support, the dominant western medicine department did not oppose.

3. The need for support from courageous politicians

As for the research on Qigong and superpowers, if it were not for the vision and persistence of Mr. Chen Li-an, then Chairman of the National Council on Science Development in 1988 in Taiwan, and the support of Qian Xuesen and Zhang Zhenhuan in the 1980s in China, as well as the support of General Secretary Hu Yaobang, it would be absolutely impossible to for these fields to develop and reach such achievements today.

In the United States, due to the insistence of an important senior senator, the National Institutes of Health established the Office of Alternative Medicine in 1992 with a funding of two million US dollars. In 1998, it was restructured into the National Center for Complementary and Alternative Medicine, with the budget reaching 114 million U.S. dollars by 1999. This center is engaged in various traditional medical research, including remote spiritual therapy, Qigong, prayer, acupuncture, and the effects of external Qi on cells, etc. In 2001, I was invited to an international academic seminar in Hawaii when I witnessed the speed and progress of research in this area in the United States. With the trend of massive funding for research projects in the United States, I believed that this field can quickly become mainstream science and be accepted by the world.

What kind of force has caused most scientists in the academic community to be self-righteous, not knowing that they are going against science and must be corrected by political power? I think this is a consequence of the Western scientific reductionism going to extremes. The principle of reductionism is that everything must be divided and simplified to be analyzed and understood, so it moved toward standardized procedures such as molecules, atoms and quarks. Any phenomenon that cannot be simplified or standardized is unscientific. However, many phenomena of the body do not belong to the scope of reductionism. Instead, they should be understood by the opposite holistic. The characteristic of holistic is that one plus one is greater than two. The operation of the overall system is related to the environment and the state of the system. Therefore, headaches can be cured by treating the feet. Patients with the same illness should have different treatments according to their physical conditions. There is no one size fits all. It seems that research that transcends the boundaries of science can only rely on courageous politicians to overcome the myth of reductionism, in order to rescue scientists from the myth of "superstition." I hope that in the near future, as the complex spacetime and quantum mind models are proposed and promoted, more members of the scientific community can join the research of body, mind and soul, with the end goal of ending the predicament of relying on political power to survive.