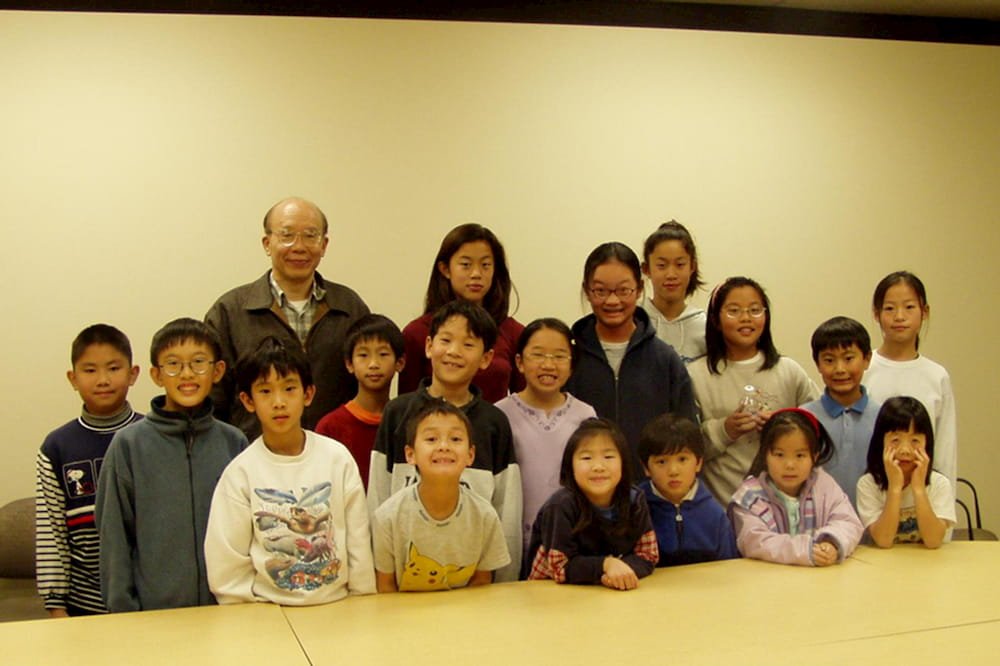 From September 2002 to February 2003, I was a visiting professor at Stanford University for half a year. Not only did I enjoy California's warm sunshine and gentle climate, but I also saw many friends and students whom I had not met in more than two decades. After graduating from university, most of my classmates went abroad for further studies. They were scattered all over the United States. It was not easy to meet each other, unlike the students nowadays who do the exact opposite of staying in Taiwan. Times have changed and witnessed Taiwan's economic growth and progress over the past two decades, which has greatly reduced its gap with the United States.

I returned to Taiwan after my studies 21 years ago and started teaching at my alma mater. Most people still preferred to go abroad back then. Most of the students I taught in the first few years have actually gone abroad. Many of them have impressive careers and achievements in the United States. In the Department of Electrical Engineering of Stanford University where I was a guest professor, there was a female professor whom I taught in the past. Professor Meng's office was in the same building as mine, and we met every week.

These friends and students knew that I was doing research on superpowers and would like to hear more about it. Therefore, they arranged two public speeches in the Bay Area to talk about Qigong, finger reading, psychokinesis, information field and gods. Both speeches were held in a Chinese restaurant, with a meal prior speech. There were more than a dozen tables each time and hundreds of attendants. Many friends and students who had not met for many years met on these occasions. The feedback was generally positive. Professor Meng and her classmate KC were fascinated by the phenomenon of "finger reading" and asked me to also organize a finger reading training camp in the Bay Area. Their children were mostly between 6 and 13 years old, which is the perfect age for unleashing their superpower. To be honest, I was not very enthusiastic. The family backgrounds of these children are too consistent, unlike the children I had trained in Taiwan. I thought the success rate would not be very high. KC persisted by sending me many e-mails and doing most of the logistical work. Finally, one week before the scheduled start date, we decided on the meeting room of the Department of Electrical Engineering of Stanford University as the location when I was back in Taiwan to preside over an international conference.

KC's classmatesZhonghewas responsible for finding children to sign up. He mobilized his classmates' children and the students from his wife's music class with a total of 21 students as shown in Figure 1. These children were all born in the United States, and most of them had studied Chinese, but their skills were limited. Some children, like Kevin, found the prospect boring and was unwilling to participate. His mother could not persuade him, but she ended up telling Kevin that it was the Jedi Camp. Since Kevin was a Star Wars fan, he quickly agreed and came to the camp feeling happy and hopeful. My training has a set of standard procedures. First I spend half an hour explaining the phenomenon of "finger reading" to parents and children to enhance their confidence, then the children would meditate for ten minutes to calm their mind while trying to form images in the brain to test their imagination before training officially begins.

To my surprise, five children including Kevin developed the capacity on the first day. News traveled fast in the Bay Area. In the next few days, more parents joined with their children. Some also quit for various reasons, and only 15 persisted from the start to finish. Among them, nine children showed the ability to read with their fingers, and the ratio was as high as 60%, which is far higher than the 35% record of my training in Taiwan. It was unbelievable! The parents were even more amazed. It turned out that finger reading is true! I also realized that my role is that of Yoda, the master of the Jedi in Star Wars.

Professor Meng decided to take over and continue the training and research in finger reading. The seeds that I had unintentionally planted in the United States have begun to sprout. Kevin was one of the most gifted ones. His mother reported that Kevin's behavior and attention have changed a lot since then. He could concentrate while doing math without making mistakes, and he actively asked to meditate every day. A new Jedi has been born.

3. Discovering the influence of magnetic field on finger reading

4. The principle of magnetic field action