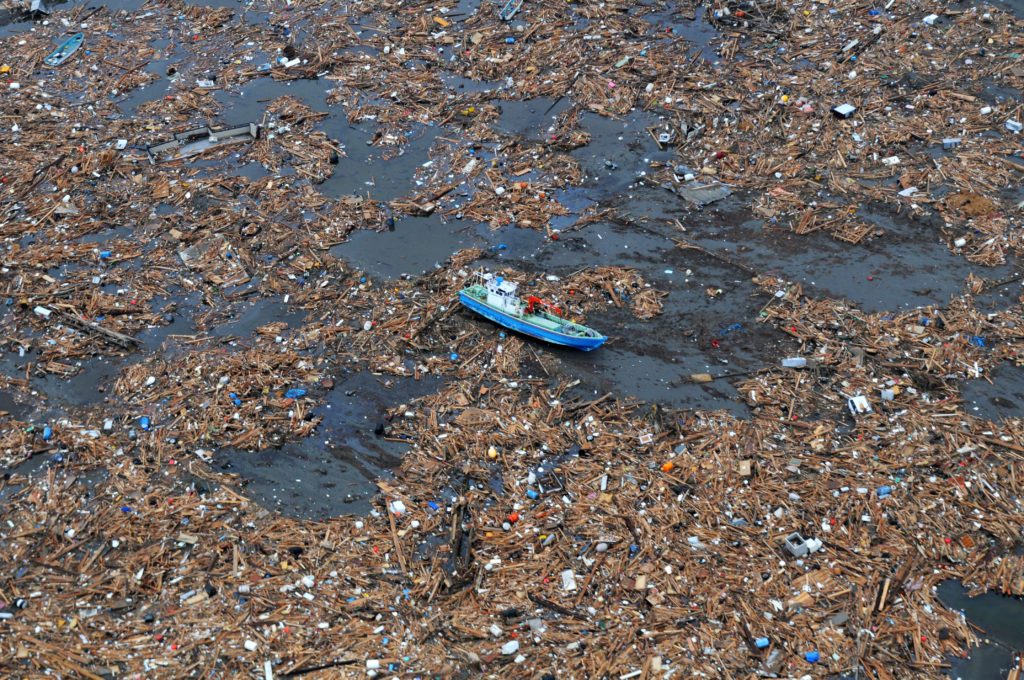 I. A Mythical Tale After 311 Eastern Japan Earthquake and Tsunami

On March 11, 2011, 18,000 lives were lost from a magnitude 9 earthquake that struck offshore in Japan, which led to tsunami. After the disaster, many incredible stories were told in the disaster-stricken areas.

For instance, a taxi driver had taken a passenger to a destination that turned out to be barren land without a single house. When he turned around, the passenger had vanished. A Japanese author, Shuji Okuno, decided to investigate these incidents, and after three-and-a-half years of interview and research, he published 16 of the more compelling incidents in “Tamashii demo ii kara soba ni ite (Stay With Me, Even as a Spirit).” The Chinese translation of this book is also due to be published. The main characters of these stories told of their experiences in dreaming or encountering loved ones or strangers that have left this world. Though the author cannot verify the authenticity of these stories, but they were doubtlessly true for those involved in the stories. These chance encounters indicated that though the bodies may pass, people’s souls would remain even after death. In addition, the souls would search for their family and friends, who would be able to perceive them.

II. My Personal Encounter with a Spirit

I myself had a similar experience. Twenty years ago, Professor Chan from NTU Department of Electrical Engineering passed away from nasopharyngeal carcinoma (NPC). His lab was located next to mine in the fourth floor of the Electrical Engineering Building. On the first seven days after his death, which happened to be a weekend, I had scheduled for a finger reading experiment in the first floor meeting room of NTU’s Electrical Engineering Building. Ms. T, who could perceive paranormal activities, was reading different words scribbled on pieces of note paper again and again. During one of her experiments, she suddenly turned around and glanced at the back of the meeting room. Then she told me, “There is a spirit sitting on a chair near the back door.” It goes without saying that the rest of us could not see spirits. I glanced up, and all I saw were rows of empty chair at the back of the meeting room. At that moment, I could feel the hair standing on end and goosebumps.

I knew that sometimes certain spirits would be drawn to the finger reading experiments. Some would observe, and some may even intervene. Hence, I asked Ms. T to communicate with the spirit after the experiment to find out what was going on. Why was he here? Then the spirit said, “I haven’t eaten in so long. I want eat some food.” I asked a student who knew some Taoist spells for feeding food to the spirits to lead him to the cafeteria, where he could feel what it was like to eat again.

Then I suddenly understood. The spirit was Professor Chan. Because of the carcinoma, Professor Chan had not been able to eat in the last three months of his days. Instead, food was fed to him through a tube. Therefore, he missed what it felt like to eat, and took the opportunity of his first seven days after passing to satisfy his remaining human consciousness by visiting this familiar surrounding to find someone who could talk to him.

Therefore, I believe the sixteen stories in Okuno’s book to be true, rather than mere illusions people felt from missing their loved ones. From these stories, we could see how encounters with the souls of diseased family and friends had led people to believe that “I will see my loved ones again in the future.” Not only did this sooth their grief, it also gave them the courage to live.

In life, chance encounters with the souls of diseased family members and friends are rare; they are both shocking and inspirational, and they prove that people’s souls do not perish. When one dies, one’s soul leaves the body and during that time, the person’s consciousness still existed, and the person would reminisce their loved ones and tasks/affairs in the human world. Though they no longer required sustenance, they still wanted to eat. This also indicates that the traditional rites for the seven days after death were necessary, as they helped the diseased persons to understand that they were dead and had to move on. Unfortunately, most people are not knowledgeable about what lies after death, and need to leave everything up to fate.