The Vet Who Talks to Animals 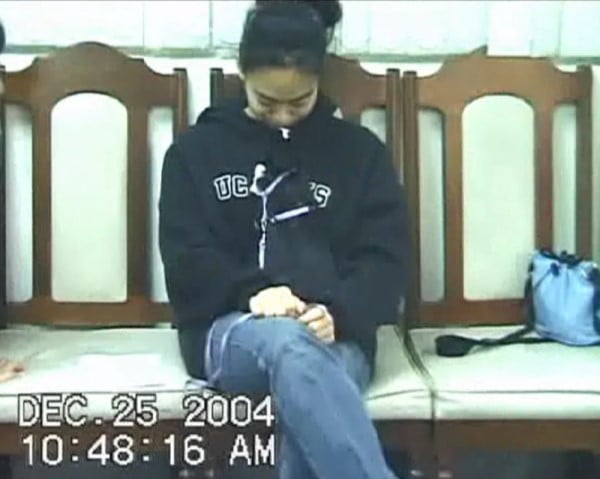 I. Examples of Direct Conversations with Animals

On January 1, 2004, Ms. T's second master in the spirit world interrupted our finger reading experiment in an unusual manner. After learning his identity and being accepted as his pupil, Ms. T began to meditate daily and practiced her techniques in communicating with animals. By the end of that year, Ms. T had already grasped the basic skills and could talk with certain animals.

The following are conversations between pets, brought by students learning Human Potential Project Course, and Ms. T on December 24, 2004:

(I) Conversations with a turtle:

It has turned out that its owner has a pair of sea turtles, one male and one female, but this tortoise is all alone.

One week later, according to its owner, the behaviors of this tortoise has changed after they went home. It no longer retracts its head into its shell when petted, but rather, holds its head out to be closer to people.

(II) Conversations with a five-month-old puppy

At this point, seeing that Ms. T could talk with her puppy, the owner brought up the following request:

As expected, the dog's toilet training had not improved.

Image 3: Communicating with a hamster

After careful examination, the hamster had fractured its hind leg. No wonder it was in such distress.

One time, a student brought a lost Dutch rabbit who showed up at his garden. The rabbit was very close to his family. We asked Ms. T to communicate with the rabbit.

To prove that the rabbit could understand Ms. T, we asked Ms. T to give the rabbit commands. The rabbit said it could wash its face with its palms; hence, the first command was for the rabbit to wash its face. The attempt was successful. Nevertheless, it might be because the rabbit enjoyed washing its face and had carried out this behavior on its own rather than being commanded to. Therefore, the second command was for the rabbit to give Ms. T a kiss. It also worked! One week later, the student had reported in class that the Dutch rabbit grew much closer to its owner, and would rub its body against the owner.

II. Skills Exhibited After Becoming a Vet in 2013

After Ms. T acquired a veterinarian license in California in 2013, I invited her to give a speech at the School of Veterinary Medicine in NTU on March 6, 2014. At that time, the veterinary department that had previously rejected her had become an entire school of its own. Ms. T named six cases to explain phenomenon she had observed in treating animals, including a case where X-ray had failed to diagnose a tennis ball that was stuck in the esophagus of a dog, which had swallowed the ball. The problem was quickly solved after she inquired the dog. A cat suffering from prolonged coughing turned out to be upset about a toy that was swept to a corner from house cleaning.

Then the animal hospital and students had separately shown Ms. T their pets. A groundhog had not eaten for a week, and its owner was very worried. After Ms. T's inquiry, it was found that the groundhog was suffering from dental issues. A house cat brought by a student was constantly meowing. And through Ms. T's inquiry, it was found that the cat had recently given birth to three kittens, and it was merely teaching its kittens. The owner immediately testified that the cat had indeed just given birth to three kittens. This also indicates a shocking finding: that cats understand the numerical concept of "three." The fictional character, Dr. Dolittle, who understands and can talk with animals, is now walking among us. It is so exciting to see what this means for veterinarian science and what the future will hold for this discipline.