The Story of Synesthesia 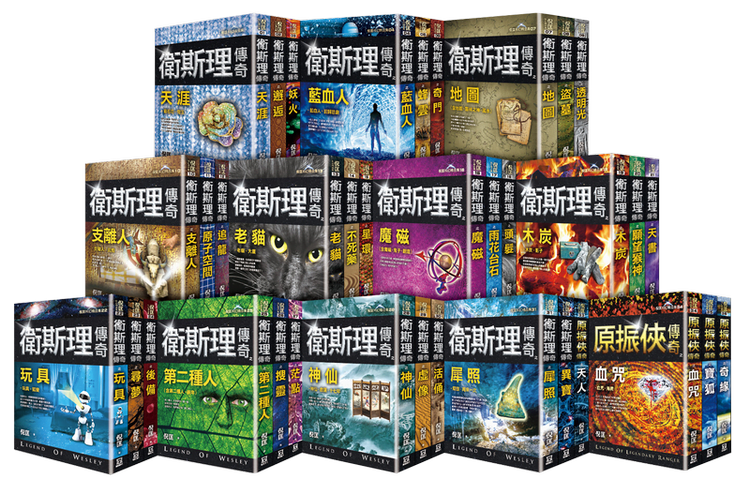 In the phenomenon known as “synesthesia” in modern psychological research, it has been reported that there have been incidents where a person’s five senses may be transformed among each other. For instance, a person may see colors or images upon hearing certain sounds, or smell different scents when seeing certain words and more. Ordinary neurologists believe that this is caused by the overlapping of the brain’s five senses’ peripheral systems.

I have met some individuals with synesthetic abilities, of which two of them have been extraordinary, compelling me to understand the special things that people with such talents could do.

First of whom is the science fiction novelist Ni Kuang.

Having stepped down from my position as Dean of Academic Affairs at NTU in August 2002 after six years of administrative work, I decided to take a break and study at Stanford University at Silicon Valley, California, USA for the remainder of that year. At that time, Ni Kuang resided at San Francisco, which was not far from Stanford, and I had an opportunity to visit him after fiction novelist Dr. Yeh Li-hua, a junior of mine from NTU Electrical Engineering introduced us. His house was close to the Golden Bridge and faced the San Francisco Bay, and the design of the house was very cool. The roof could be opened at night for a glorious nightscape of the Bay and the stars

Ni is said to have written the most number of Chinese characters (more than 60 million). Having submitted his very first draft in Hong Kong when he was seventeen, Ni’s works have never been rejected from anywhere. While writing “The Legend of Wesley,” Ni could finish writing an entire book in a day. His writing speed was truly astonishing. This is because whenever he reads any novel, a screen would appear in his mind and act out any character and storyline in the novel as if in a movie. This screen also works in reverse. Whenever he starts to play a movie in his head, all he has to do is to write down the plot as is, thereby allowing him to finish writing one book in a day. He never needed to spend time on creating a screenplay or plot. This indicates that his stories are downloaded from another world using his mind’s eye. He has once told me that Jin Yong’s earlier Chinese martial arts novels were much more interesting after he has rewritten them. On the other hand, the rest of us ordinary folks felt the rewritten versions had disrupted our memories, thereby making them less interesting. This is because in his early days, Jin Yong had to rush and meet his daily deadlines when his works were serialized on Ming Pao every day. He did not have enough time to pay attention to the sequence to various scenes, leading to inconsistencies. When these inconsistent scenes were fixed, the movies playing in Ni Kuang’s mind had also seemed much more consistent and reasonable.

The second person capable of this was a student in my class.

Having stepped down from my position as the President of NTU in June 2013, I decided to teach a course to interested students in regards to my 30 years’ experiences in Qigong and studies on extra-sensory perception.

After more than two years of planning, I began to offer “Human Potential Project Course” at the Department of Electrical Engineering and graduate program in 2016. Since we wished to conduct telepathy and clairvoyance experiments, I could only take 36 students in each semester due to the limited availability of experimental grounds. For the first two years, hundreds of students pre-registered for the course and there was much hype, but nevertheless, very few students could actually participate in the course.

In 2017, a graduate student in Electrical Engineering came to my class. When the class began, she immediately showed exceptional talent during experiments. Her accuracy during telepathic experiment was fairly high, and from her homework, I realized that she had synesthesia ability. Apparently, a screen would also pop into her mind and it would begin to play movies whenever she heard music. The contents of the movies also varied based on the genres and types of music. She has previously studied music appreciation courses, and the depth and attention-to-detail of her analysis on how music could inspire one’s mind had impressed her professor very much. She used to think she was just like everyone else until she attended my course. At which point, she realized just how special she was, and that she possessed synesthesia ability, which was different from everyone else.

During the telepathy experiment in our class, each student is required to sit and to clear their mind for one minute, and to perceive the signal from a fellow student (each student will randomly draw an ESP card, depicting either a circle, a cross, a rectangle, a star, or water). During that semester, her accuracy was 49 out of 100 experiments, while her fellow students were correct for around 20 times (1/5). Statistically, the significance of her accuracy was 7 deviations, indicating that she has some sort of a telepathic ability that spanned both time and space. This ESP allowed her to precisely determine the thoughts and possible emotions and the functions of these emotions of historical figures based on very limited dialogues and descriptions of the setting when reading history and ancient tests, and her interpretations were aligned with subsequent historical events. Therefore, her Chinese literature teachers loved her analysis on ancient literature. Besides interpreting the texts, they also loved reading about her explanations of the authors’ emotions and circumstances when writing the texts.

Since Ms. Lin had synesthesia ability, she is more perceptive to people’s thoughts and feelings, which enabled her to immediately understand her counterparty’s meanings. During debates or negotiations, she could also directly understand the opponents’ thoughts and what they planned to say. Sometimes, she could even predict what arguments or collaterals the opponents planned to use during debates or negotiations, allowing her to attack their weaknesses. Therefore, she was always nominated either as chief speaker or in charge of strategic analysis in all types of situations. I believe that synesthesia is a gift from God, and if used well, could definitely help a person to make something of themselves.