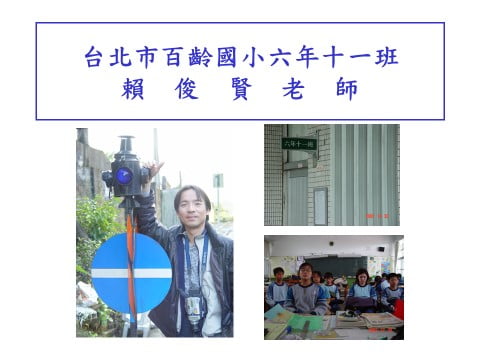 1. Email from an elementary school teacher

Since I stepped down from the administrative post as the Vice President for Academic Affairs of NTU in August 2002, I decided to return to my alma mater Stanford University to recharge. On the one hand, the trip was meant to relieve the pressure over the years. On the other hand, I could learn about the latest development of quantum computers. Therefore, with the funding of the National Science Council, I came to Palo Alto in the middle of the month and moved into a rented house. The climate in the Bay Area of California was still a little chilly in the morning and evening, and it became warmer under the sun at noon. The continental climate is cool and dry, not stuffy and never makes people sweaty, making a long-sleeved shirt ideal even in summer. In winter, it gets a little bit colder in the morning and evening, about ten to fifteen degrees lower than that of summer, but the pattern of temperature changes is not so different. There is no need to wear heavy fur. I fell in love with it when I was studying here for my Ph.D. more than 20 years ago. The climate here is really heaven on earth.

In December, there was a small typhoon in the Central Bay area, bringing heavy wind and rain all week, which was unseen in many years. The coincidence was that my speech in Los Angeles was scheduled for the weekend. People in Los Angeles wanted to hear my discoveries about Qigong and human body's special power. They had been planning for two months, and I could not turn down their hospitality. Therefore, the only option was taking the plane during the typhoon. Early on Monday, the wind and rain had somehow subsided. I turned on the computer before going to the campus as usual to read the emails that came in over the weekend, before starting my day with lectures and papers. Suddenly an email caught my attention. The subject said: "Share," and the sender was "A regular elementary school teacher." The email said:

I am an elementary school teacher. Eight years ago, I learned by chance that you were doing research on human potential.  Therefore, I boldly asked the students in the class (5th graders) to experiment with "word hearing." Sure enough, something surprised me. Some students can really hear words with their ears.

Eight years later, I conducted the same experiment again (about 15 minutes). This time, I had a class of 6th graders. Similarly, some students (6-7 people) could guess the text of the note stuck in their ears. None of these children have received any human potential training. However, they exhibit the same ability. I find it quite interesting. I decided to share my findings with you in an email on a whim. I really appreciate you for spending your precious time reading this letter.

As I read the letter, my emotions were gradually brewing and accumulating. I waited nine years for a letter from an elementary school teacher telling me that she (he) tried it out in the class and found that the children really have "finger reading" and "word hearing" abilities. I wondered if he or she would be one of the thousands of elementary school teachers.

I did not know if such elementary school teachers existed. I only knew that when Tang Yu, the first child prodigy of "word hearing" was discovered in Sichuan Province, China, in 1979, many elementary school teachers in Sichuan Province tried with the children in their classes. The result was that within a year over a thousand children were found to have similar abilities. It is the inherent potential of children. Nine years ago, Good Morning CTV reported on my first finger reading experiment. I was wondering if Taiwanese elementary school teachers would try with their students. If they did, would they let me know? I had almost given up hope after nine years, but it finally arrived. Was it the God who pitied and rewarded me for having the courage to spread his message regardless of danger over the weekend? Is that why this elementary school teacher was inspired to send me an email? Is it a message from an angel? My emotions that had been dormant for many years finally came to a volcanic eruption. My whole body trembled with tears bursting out, and I could not calm down for a whole day.

2. Finding Teacher Lai who had the courage to try

I finally found this teacher, namely Teacher Lai in the sixth grade of Bailing Elementary School in Taipei City (see Figure 1). In March 2003, he brought four children from his class to my laboratory at National Taiwan University. Three children had developed finger reading ability, allowing me to see the children's natural finger reading potential. Teacher Lai is nothing short of an eternal angel for me. In 2016, I organized the "Seminar on Human Potential" course at the Institute of Electronics, NTU. One of the activities was going to the elementary school for word hearing experiments with children. I found Teacher Lai again, but by this time he had been promoted to the principal of Yixian Elementary School in Taipei. With his approval, I applied for the approval of the NTU's Ethics Committee to conduct two word hearing experiments with a class of fifth graders in Yixian Elementary School for a total of 2-3 hours. At the end, 6% of the children demonstrated their power, and the result is similar to that of my finger reading training camp more than ten years ago, with 25% of the children demonstrating power after 8 hours.

3. Age is not a restriction

I always thought that finger reading or word hearing training is only possible for children under 13 years old, but I was surprised by my findings from training old college and graduate students of 20-25 years old in the "Seminar on Human Potential." Approximately 3% of the students developed word hearing ability after one hour of training, which completely changed my mind. Perhaps even older people may develop this power after a longer period of training. I have decided that after retiring from NTU next year, I will try to train ordinary people to develop word hearing skills.